We left early again as we wanted to get the 10 o’clock boat tour at Geibikei Gorge almost 100 Km from Morioka. We made it with just minutes to spare. Because of the typhoon the water levels were unsafe in part of the gorge so the normal tours were cut short.

23 Km further is another gorge, Genbikei, were we walked the path next to the Iwai river. There’s a suspension bridge at one end and on the other side is a gazebo where people can put money in the basket that is then pulled across the river, a few minutes later the order, tea and sweets, are descending when the basket is released again from the shop above.

It was another 82 Km to arrive at the Kokeshi museum. There’s a display of wooden dolls unique to the area and we could see them being made by hand. The nearby gorge was supposed to be one of the best autumn color spots in the area but it seems that it’s still a bit too early as most of the trees are still green. Maybe the 20 degrees we had today is too warm for the time of year.

Our last stop was Ginzan Onsen, a very small village at the end of a road. The village consists of typical Japanese buildings next to a stream. There is no street in the village and both sides of the houses are connected with bridges. At the end of the village is a waterfall that feeds the stream.

All that was left was a 40 minute drive to our next hotel. 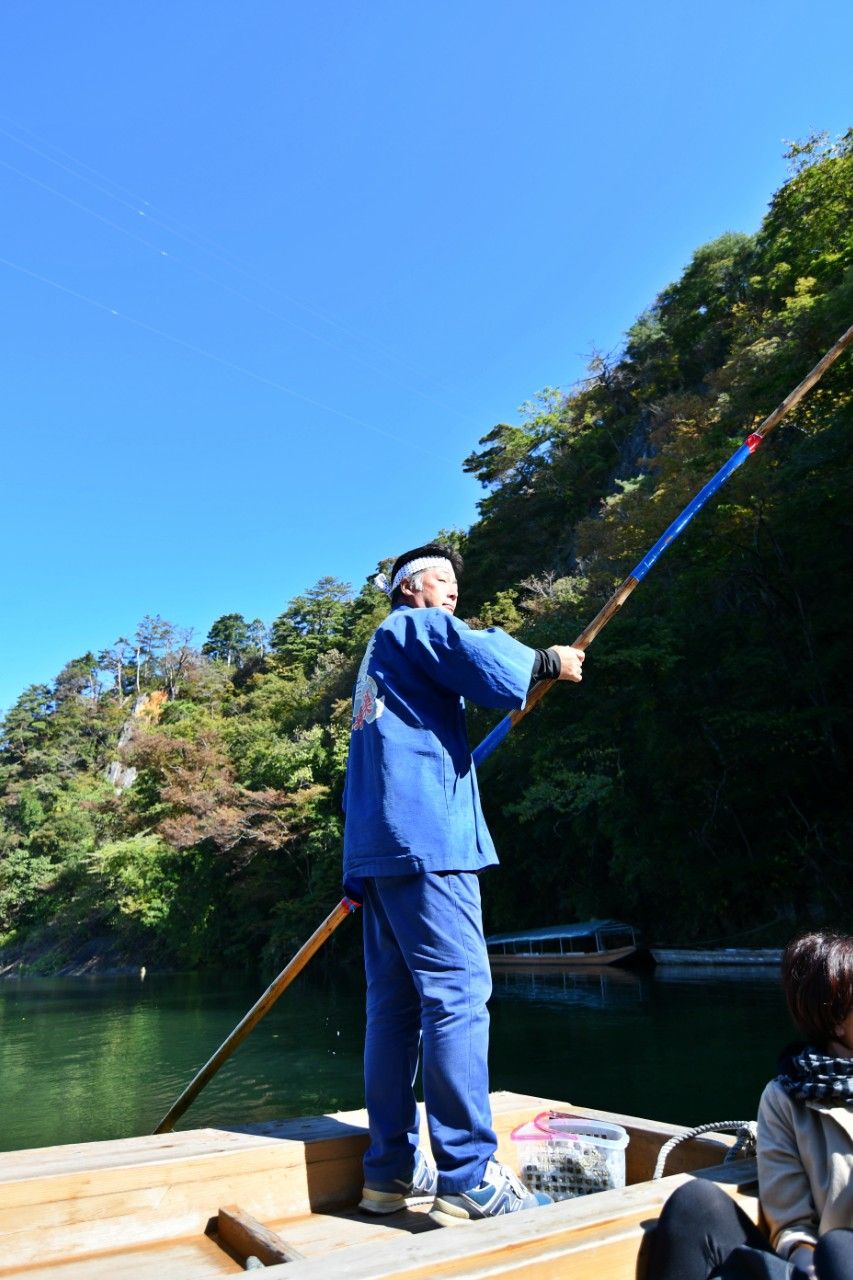 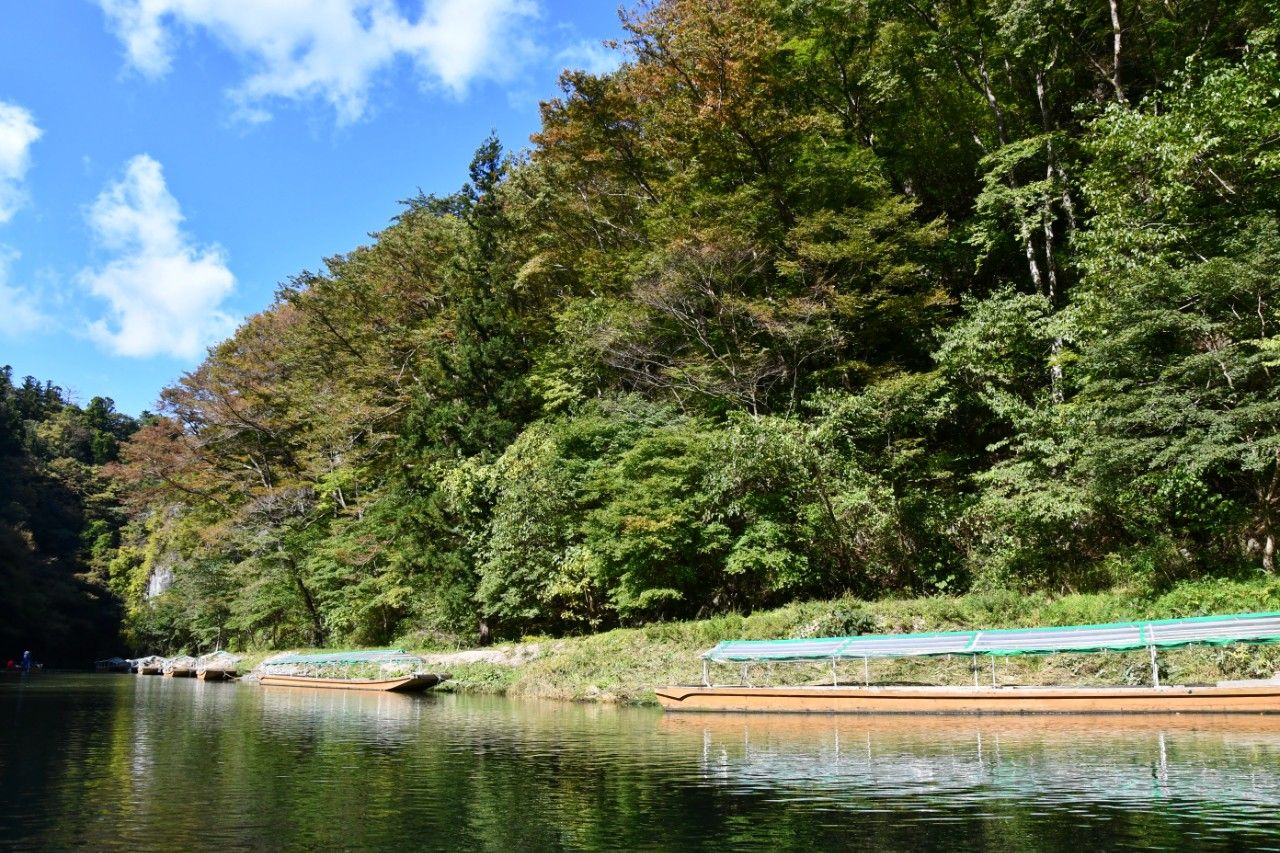 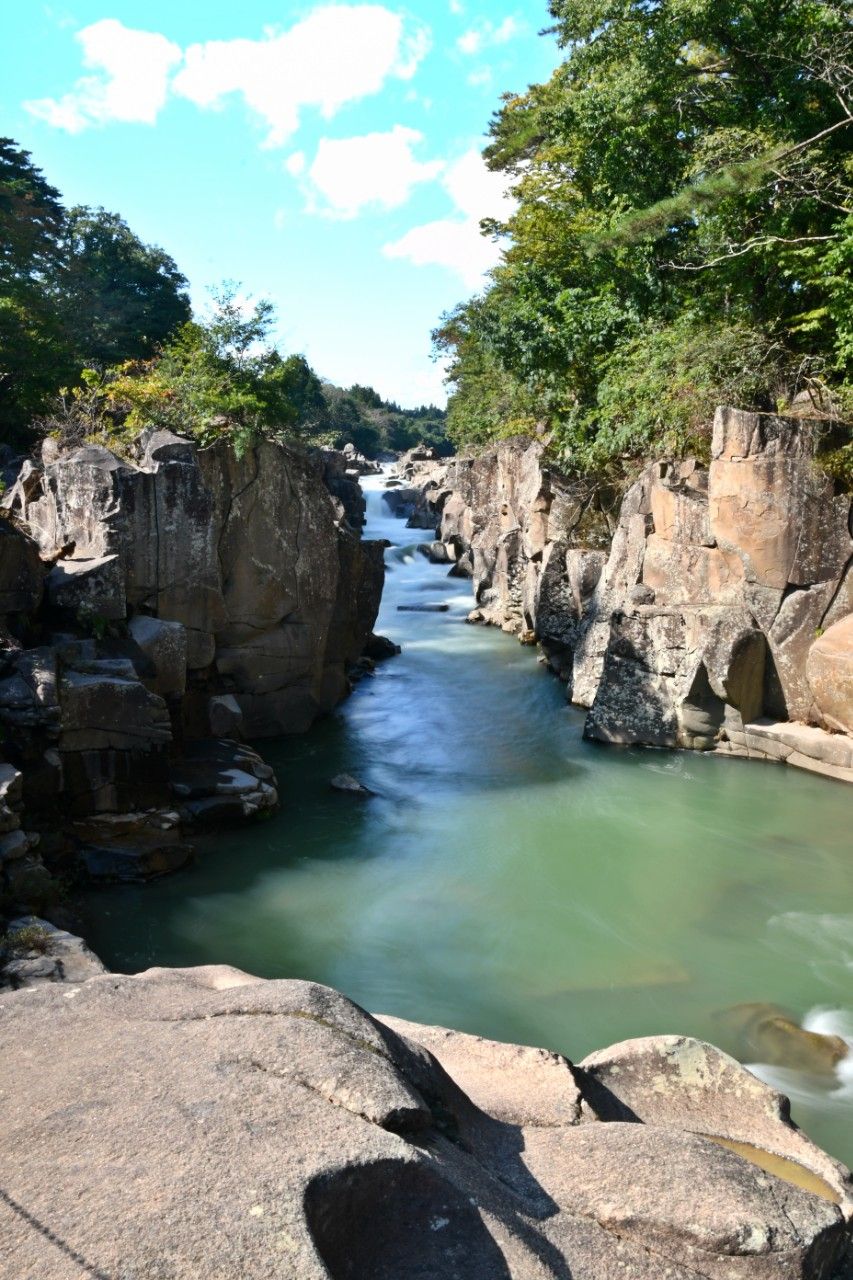 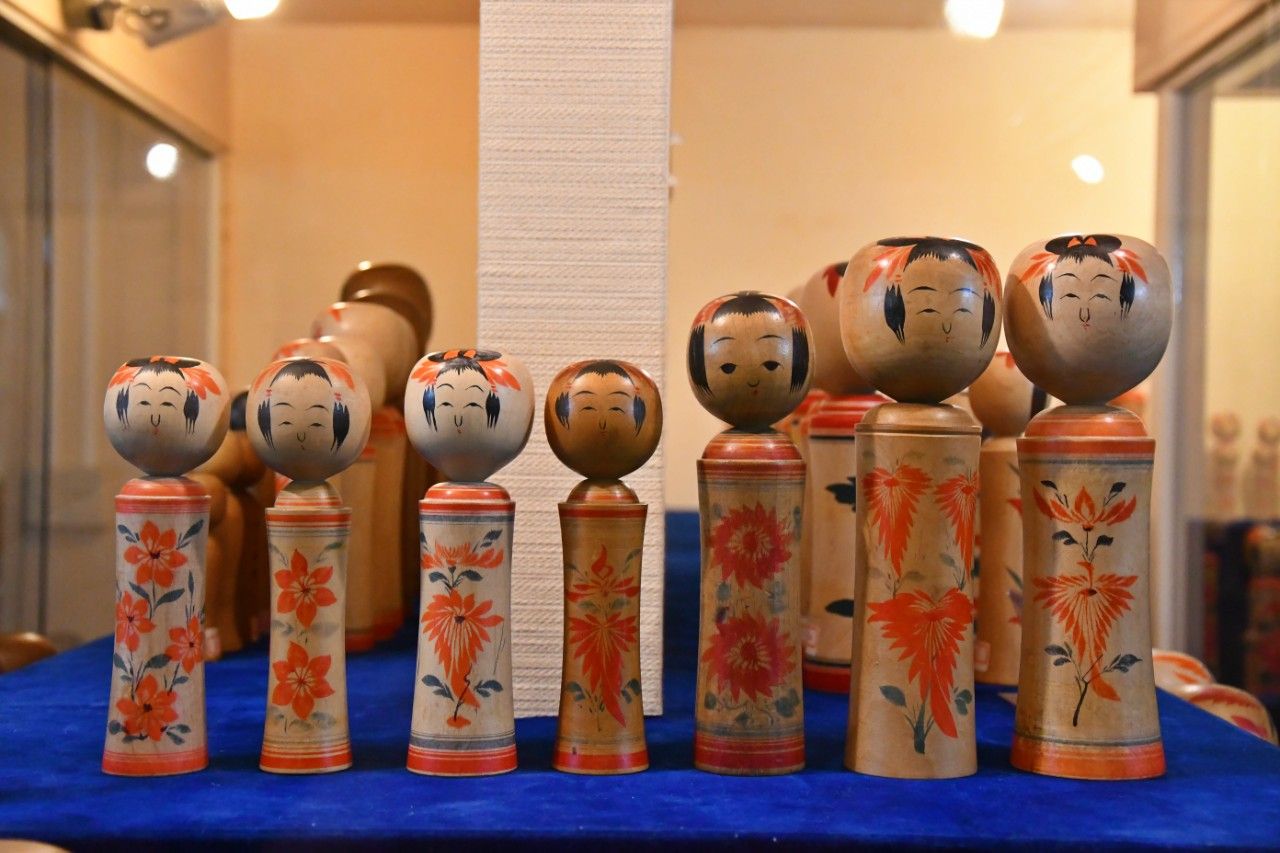 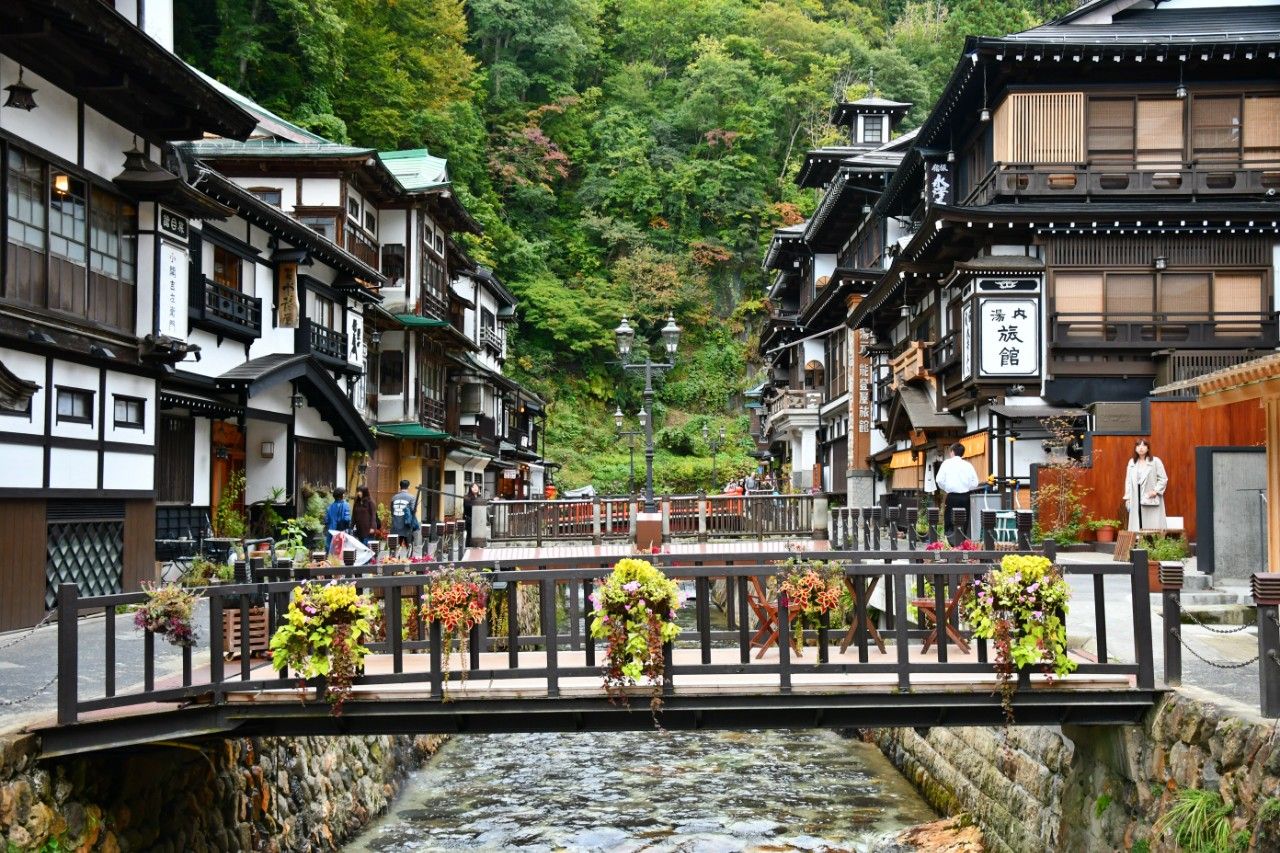 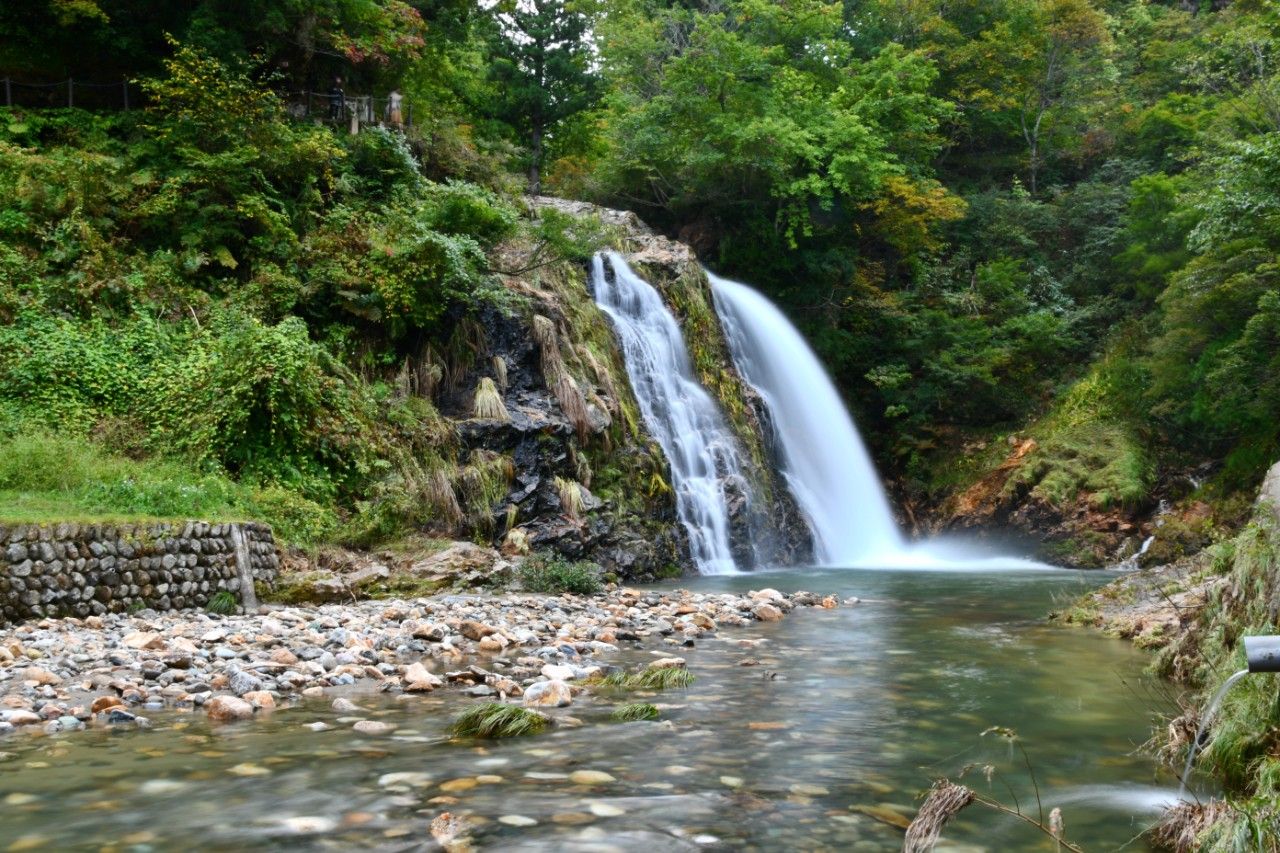 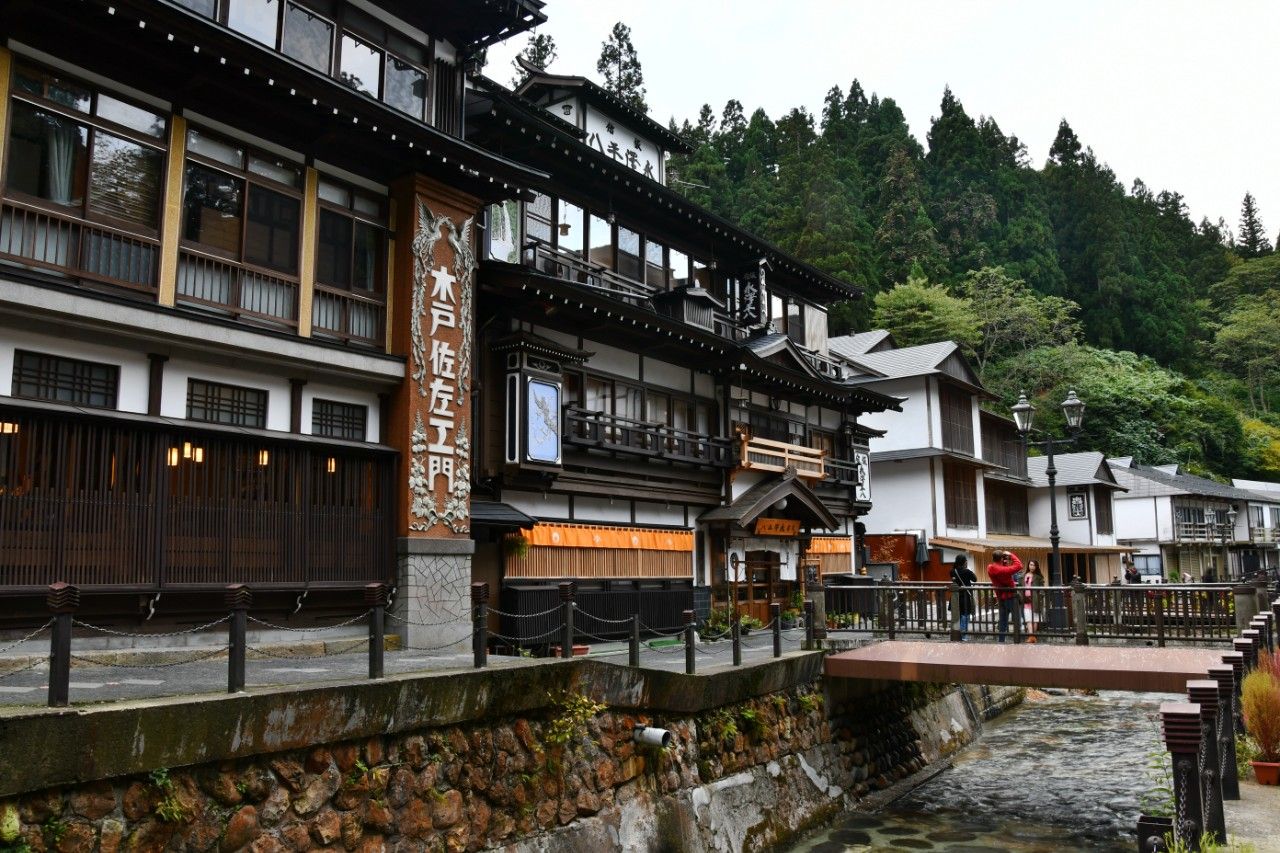