We went to Mount Aso today. We took the bus across the road from the hotel under a sunny sky. 40 minutes later we were on the ropeway to the top of the Mount Aso caldera in the rain. At the summit 3 of the 4 walkway areas were closed because of the volcanic gasses from this active volcano. We could see the fumes rising from the crater but because of the rain we could stay long. We even had to go into the concrete shelters, normally used when there’s an eruption, to get out of the rain. We went back down the rope way and took the bus down to the Aso Volcano museum. On the screens here we could see real time seismic measurements of the volcano clearly showing the activity. While waiting for the bus back to Aso station the clouds and rain cleared a few times so we could see the volcano from a distance but the top remained in the clouds. 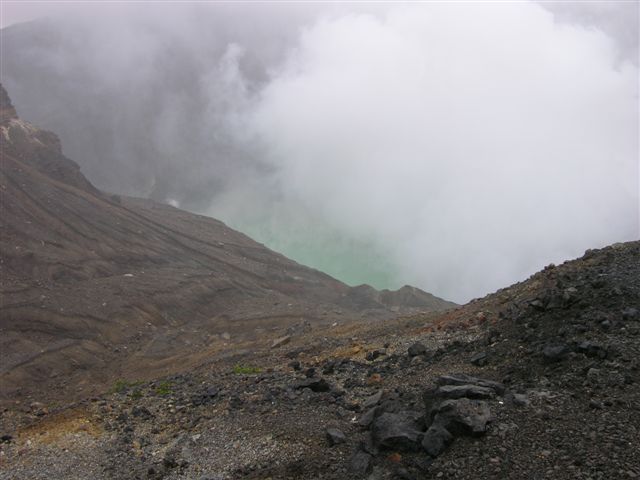 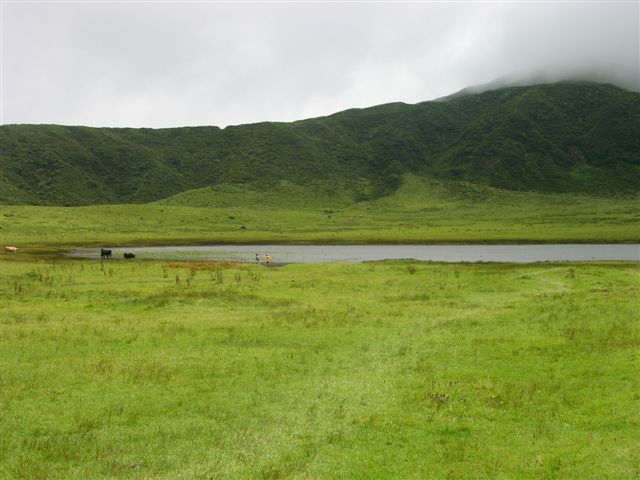 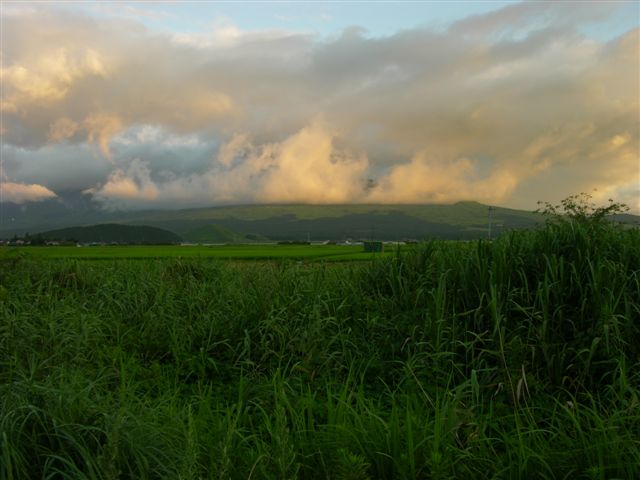 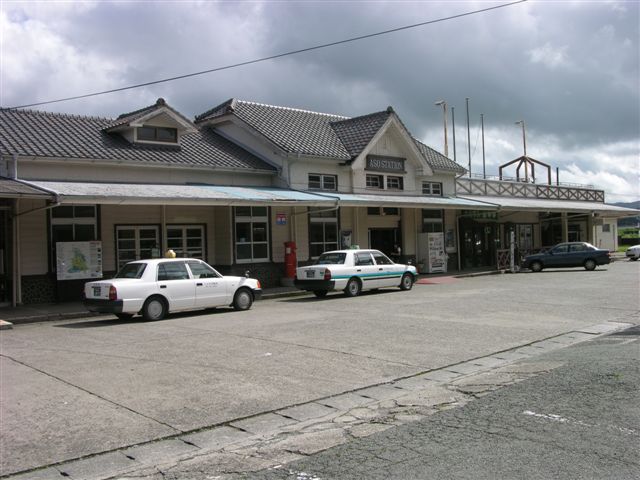