Because we could only go on the 13:30 boat around the Bay of Islands and to Hole in the Rock we had to get to Paihia by 1 o’clock. That meant an early start and making no stops. The time calculated by the GPS was spot on but that was probably because on Sundays Auckland traffic is going smooth.
When we left the jetty the skipper warned us that the weather might prevent us to go to Hole in the Rock but that he would try and see if it would be possible. After observing a pod of dolphins for a while we set sail to open sea through a narrow between two islands and although it was a bit of a rough ride we made it to the rock. It was even possible to partly enter the hole. As on the way up, everyone needed to be seated until we were back in more protected waters. We had another stop at an island where we could walk up the hill for a view of the area before getting back to Paihia. 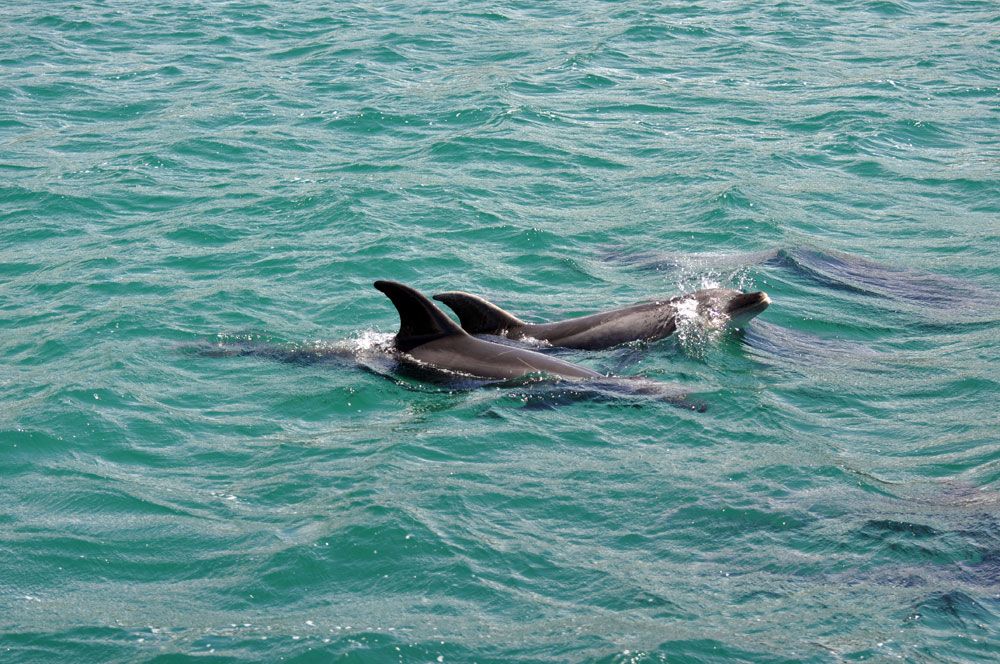 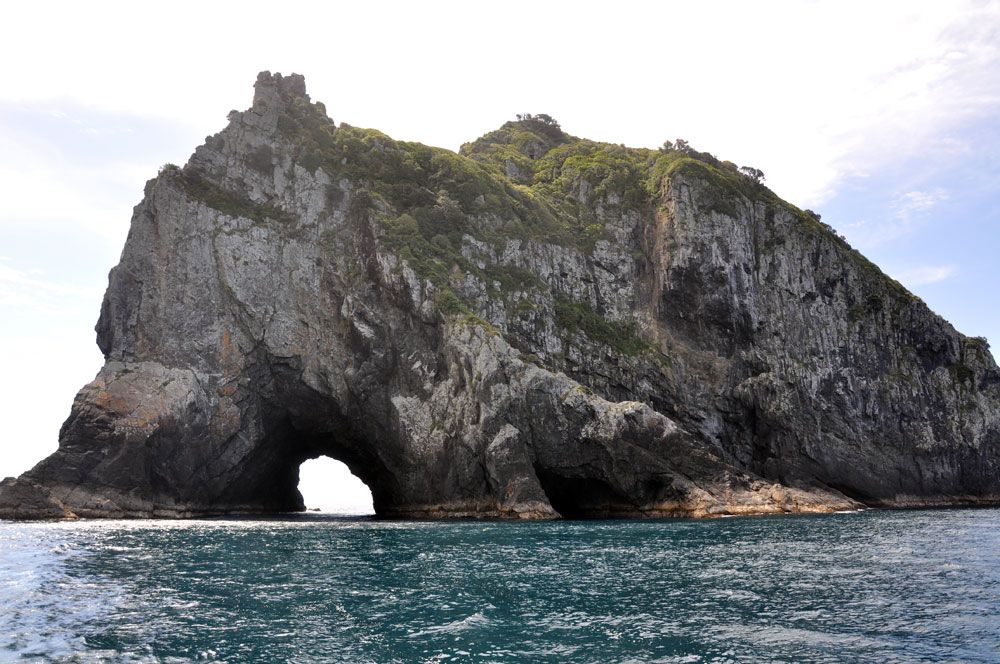