After walking to Kyoto station we boarded the Hikari high speed train for a 15 minute ride to Osaka. Here we transferred to another high speed train. Less than 2 hours after leaving Kyoto we arrived in Hiroshima, 380 Km away. Our hotel was only 300 meter from the train station so we put our luggage in storage and went to Hiroshima’s main point of interest, the Peace park. On August 6th 1945 at 8:15 in the morning the first atomic bomb was dropped on this city and the Japanese made sure no one could ever forget. The A-bomb dome is the main landmark, once a government building it remains exactly as it was 64 years ago. On the other site of the river is the Peace park with the Children’s Peace monument and museum. There’s a straight line from the fountain through the park to the A-bomb dome that depicts the path of the Enola Gay, the US bomber that dropped the world’s first A-bomb. 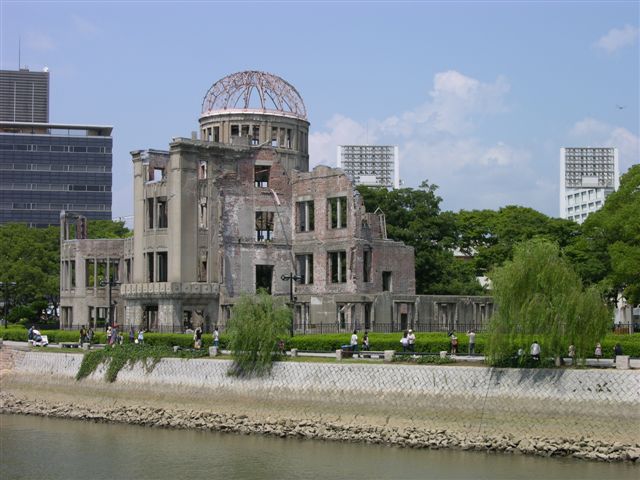 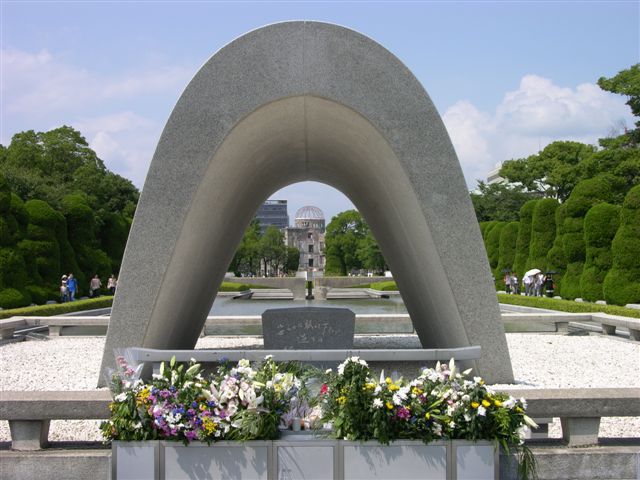 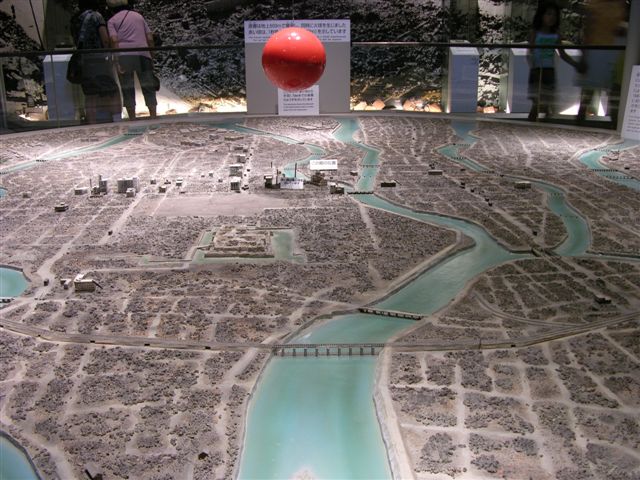