We saw on the TV news that there was damage from this mornings earthquake, part of a major highway was swept away and roof tiles fell from many houses. Also the high speed Shinkansen and Nozomi trains were affected. All this about 300 Km from Osaka where it’s mostly the tourists who were a bit “shaken” by this mornings quake.
We took the train to Nara were we made a walking tour of Nara Park. The whole park had free roaming deer, believed to be messengers from the gods, trying to get food from the many visitors. Kofujuki is the first temple with 50 meter high 5 storied pagoda we visited. A 10 minute walk brought us to Kasuga Taisha Shrine along a path with 2000 lanterns. Inside another 1000 hanging lanterns can be seen. This temple is on the World Heritage list as is the Todaiji temple, the largest wooden structure in the world,  where a 15m high Buddha greets visitors. A walk through Nara Machi, the oldest neighborhood of Nara got us back to the station where we took the “rapid” train to Namba station in Osaka. 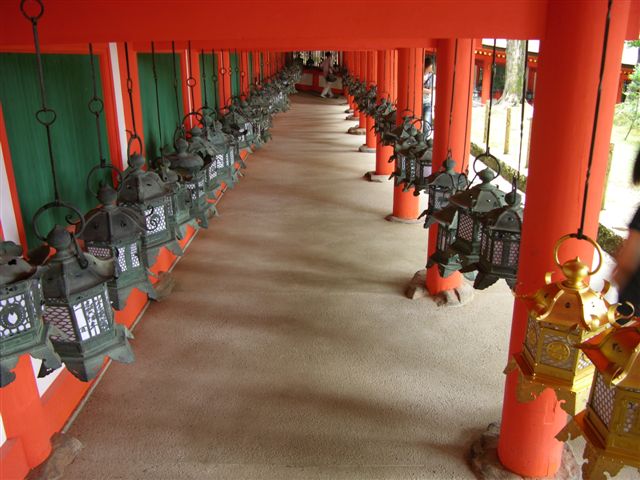 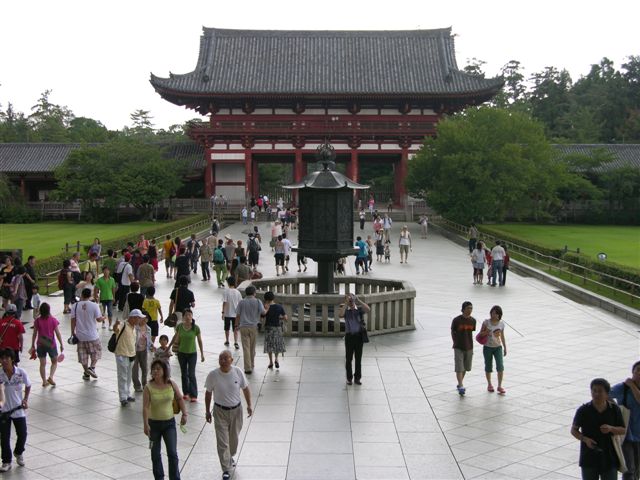